The Zen Hustler In You

It was the I AM Love and Aliveness Retreat in February 2011. The weather had been terrible for the past few weeks but this weekend was looking great. The snow had started to melt, the roads were clear and the sun was out. But that was in Northern VA where I lived, not in Berkeley Springs, WV where the retreat was going to be held. The cabin we rented was atop a small hill and the roads leading up to the cabin were most definitely covered with thick ice and snow.  Vehicles, a no go!

My team and I always arrive at least one day before the retreat. The retreat began on Friday morning, so my team, Nicol, Mina, Dawn and I were there on Thursday morning. Mina and I were driving to Berkeley Springs together as we received the phone call. It was Dawn. She informs us that the road leading up to the cabin, coincidentally called “Breathrough Way”, is covered in thick snow and ice and she can’t get up to the cabin.

I am driving my car as Mina turns to her left and looks at me.  We both, smiling, take a moment to Pause. Ok, what’s the plan?  No panic, just a deep breath as we simply get present to the obstacle in our path, and question how can we address it? In less than 24 hours fifteen  participants are about to arrive at the cabin. Are we going to be ok? Or is this going to be the first retreat we have to cancel?

Mina pulls out her phone and calls her colleague who owns a construction business locally in Berekeley Springs. A coincidence one might think? From him she gets the name of a snow removal company and makes the call. He agrees to go over to the property and estimate the size of the job. We let him know to meet Dawn there.

In the meantime Nicol, who is in charge of all the food and produce for the entire weekend is heading out with a truck load of food and coolers packed with semi-prepped meals.

While Mina is still on the phone I dial Dawn and let her know the guy from the snow removal company is on his way. While I do that, Mina’s call ends and she calls Nicol to appraise her of the situation. When we are both done with our calls we look at each other once again, from a smile now we burst into laughter! “We are Zen hustling baby!” I say to her. “Look at us, we are facing this huge block, but we are so calm, so chill, we just are staying focused on the possibility of everything working out great!! We are Zen Hustlers!!!” And then we laughed some more.

We are now at the foot of the hill standing with Dawn and the snow removal guy. He says he doesn’t have equipment heavy enough to deal with the thick ice underneath the snow on this steep and curvy road. “Is there any way you can do this, or at least try?”, I ask. He says he can’t.  He knows the limitations of his vehicle and he was not going to take any chances. “This can’t be the end”,  I thought to myself. “Well, do you know anyone who might be able to help us?”, I ask him. “There’s a shop off the highway, you can check with Danny, he’s the owner.”, says snow removal guy. And off we go to find Danny.

Danny scoped the job and said he could try to clear the road. Try!! That was music to our ears. Try was way more than we had before. Try was good, very, very good! And try he did. Danny returned with a giant bobcat and started the task of going up and down the steep road. He asked us to go take a break if we wanted as this was going to take a couple of hours.

Mina and I headed over to a little cottage owned by her colleague to replenish ourselves. Even Zen hustlers need to recharge! In a few hours Danny calls. “I’ve made it up the hill and cleared the way straight up and down but I cant make the the turn. It’s too risky.”

“Ok, the way up and down is cleared. The way up and down is cleared. Great!” I think to myself. “Danny, why don’t you come back around 8 tomorrow morning, give the snow a chance to melt a little with the morning sun. Let’s give the turn another shot tomorrow morning and see if it might work. Leave your equipment here.” He agreed and left for the night. My team and I, now one more with the arrival of Nicol, were going to make our trek up the hill by foot. We had to get all the food and produce into the cabin, we couldn’t leave it out in the truck over night. Plus, Nicol had to prep for the arrival of the participants the next morning.

Was this really happening? Why is this happening? Will we make it through this? Or is this going to be the beginning of the end of my journey with these retreats? This would be an epic fail. I was sitting making myself wrong for the first time for something that wasn’t even my fault.

We began our trek up to the cabin by foot dragging along what we could in a large tarp. Bags of groceries, dwindled down versions of our carry-on luggage with just the essentials for one night. Round one done. It was a steep climb and quite exhausting. I remember all of us slipping at least once at some point. We did this trip up, down and back up again a couple of times and I think it was the third time around that my team finally sat me down.

“This is really hard and we don’t know if this is going to work. We could consider the possibility of canceling the retreat. We should let the participants know so they have enough notice to change their plans.” I sat there thinking through it, processing all of it. The insurmountable and seemingly impossible feat ahead of us. The arrival of the participants tomorrow amongst whom one was a diabetic and another had high blood pressure. Am I being stubborn? Is my ego stopping me from seeing the truth here? I need to do what’s best for everyone, not just what I think is best. I took my team’s suggestions under advisement and then closed my eyes for a minute.

I saw the cabin full of happy participants, celebrating, laughing, peaceful. I saw a yellow bobcat making that turn at the top of the hill. I saw us getting through this.

“I know this is really hard, and I would cancel if I were so guided. But right now everything I am seeing tells me this is going to be one of our best retreats yet!”, I said. “Ok, just wanted to make sure we were considering all our options”, said Mina. And we all went back to work.

We worked late into the night preparing for the next day. We practiced our team meditations, completed our own homework and activities that we do as a team to get ready for the big weekend. We went to bed around 2 in the morning and were up again at 6 to run through and complete our tasks. In between the buzzing activity in the kitchen with Nicol, in the seminar room with Dawn and Mina who were rearranging furniture and hanging up our posters, I can never forget the moment I heard the beep – beep – beep as Danny and his bobcat made the turn around the corner and reached the end of the driveway! We all ran out on to the front deck and through the trees saw Danny scraping away all that was left of the snow and ice. The plan had worked. The sun did melt and loosen up the ice on the road. Yes.

We all held hands in a quick circle, smiling, laughing, giggling. For me, it was tears of joy and relief. It had worked, it had really, really worked. This retreat was meant to be, this weekend was going to be one of the best retreats yet. The vision I had sitting at the foot of the hill on a rock, feeling hopeless momentarily was a real vision. I really could trust in my own ability to see, think and feel. I could receive and follow the guidance that was available to me. All I needed was to trust in my own abiity.

A pause can give us access to that inner power and space, that inner sanctuary within where I found myself “Zen Hustling”! Every day in our lives there are a string of events that keep us running from pillar to post, meeting deadlines, picking up and dropping off kids, fulfilling other’s expecations of us – it never ends. We need to claim our pauses everyday and allow the Zen Hustler within us to be expressed. To live our lives powerfully and consciously create a life and world we love, we need to make pausing a necessary practice.

Without the pause or the Zen Hustling my team and I did, the retreat in February 2011 may not have happened. The fifteen lives that had a life transformation that weekend would have not had the experience that they had. The healing that occured would have not occured. I am glad that it did not go that way. I am grateful for the Zen Hustler in me, in my team and in each one of us! 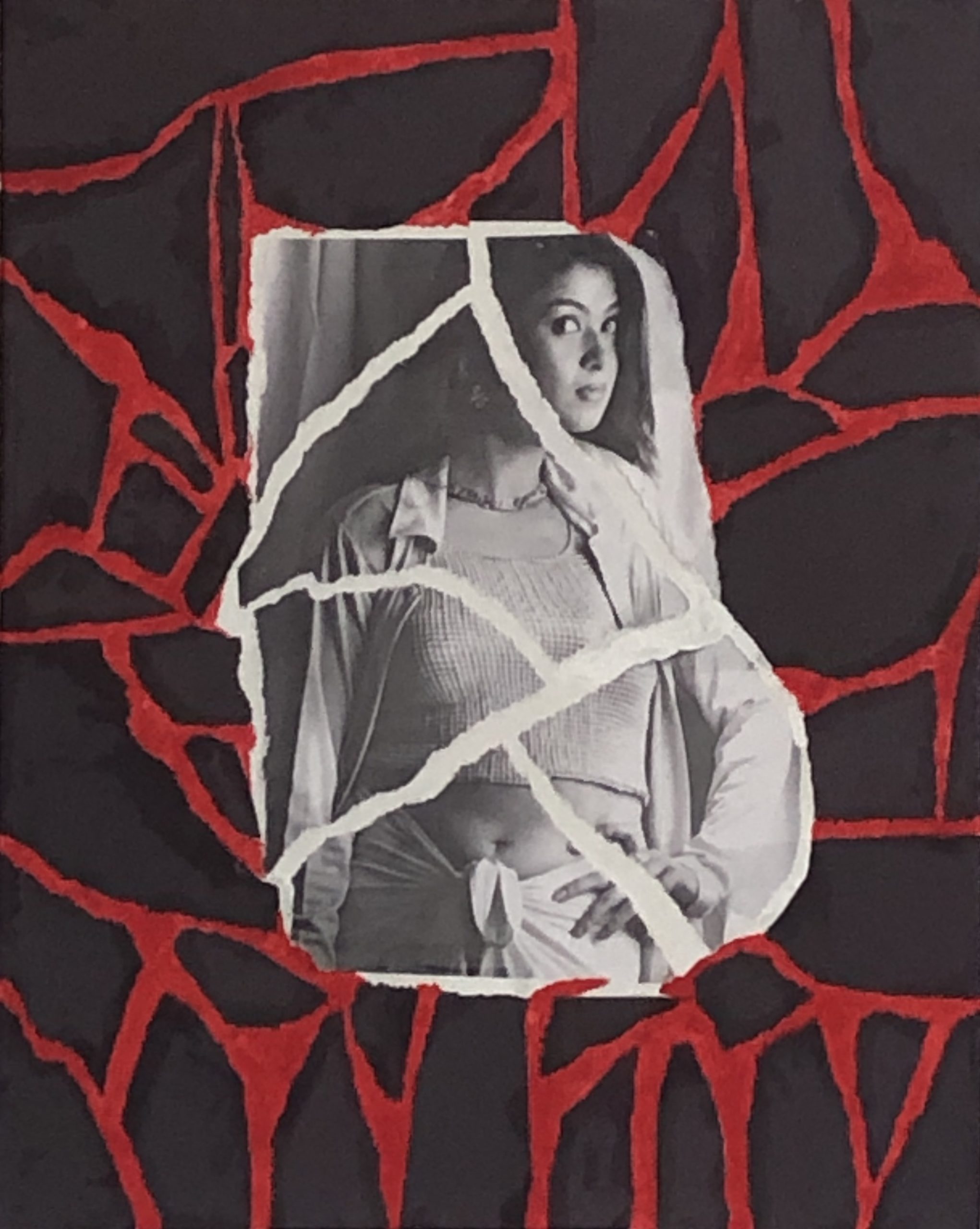